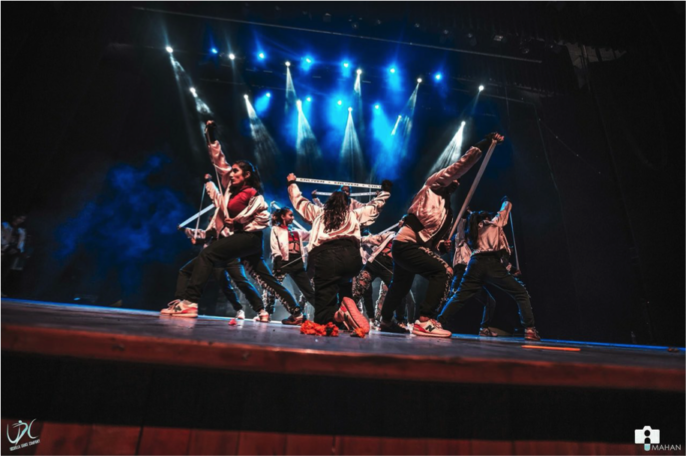 Enliven: The term Enliven stands for something entertaining, interesting and appealing. The western dance society of Gargi College embodies that perfectly. This society is defined by its courage and ability to go beyond what is expected. Through the years these girls have stumbled, fallen and eventually risen and managed to make a name for themselves in the Delhi University Dance Circuit, taking large steps in the journey towards their ultimate goal of acquiring mass love and respect. The society stepped on this uphill road holding the guiding hand of Vinay Khandelwal (Choreographer year 2015-16), who first trained the team using his expertise of several years of training under Shiamak Daver International Institute. The society, currently being choreographed by Dheeraj Soni (since 2016), sure has a very strong back. He is among the most exceptionally gifted dancers with an experience of several years in the field of performing arts and specialises in dance styles like House and Locking. He is one of the core faculty member of Big Dance Centre, a leading dance institution in Delhi and has won the faculty of the year award for three consecutive years. Their inputs, ideas and constant guidance are hugely credited for Enliven’s progressive journey.

The society started this year with the annual competition held at AIIMS, securing the 2nd position and paving the way to an exceptional year. Moving forward they showed great versatility and creativity at the cultural fest of IIT Kanpur, Antaragani and stood second after three strenuous rounds. With the commencement of DU fest season, the list of achievements only grew with more than 35 total wins and the team made their presence felt in the top three societies of Delhi University (Western Dance Category). The team made their college proud at several colleges and competitions. The production was an amalgamation of well-planned music and several dance forms including hip hop, urban and house.

Finally, Enliven takes strength from its relentless and tremendously hard working team members, be it the new members who put in everything they have into the team to the senior members who have been working extremely hard for many years now. Every single member is an invaluable asset to this team. They started out as a team and remained a team throughout the year despite all the hiccups. Each member’s efforts and extreme hard work worked as the building blocks for their success.

Here's wishing Enliven good luck for it's future endeavours, and may it see many more successful years.