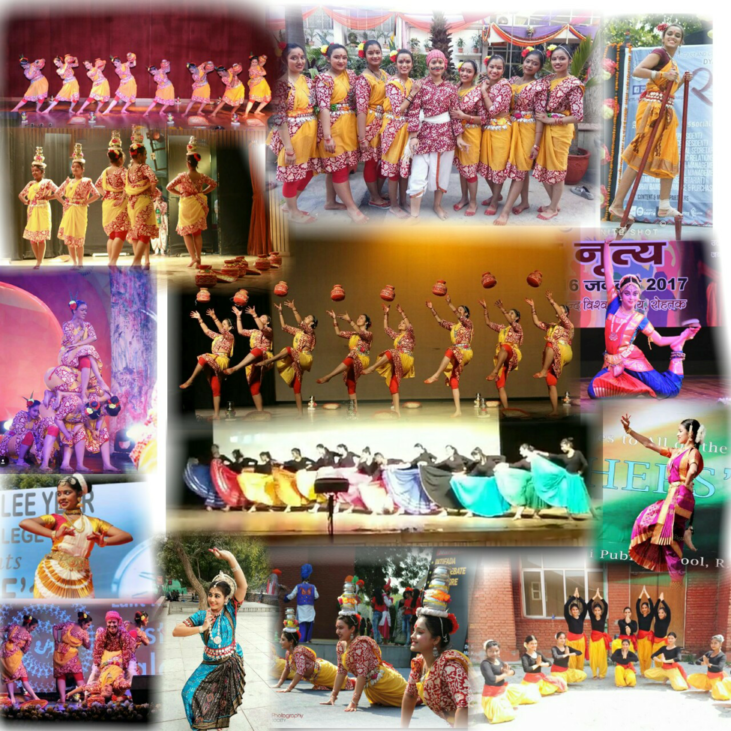 Nazaakat: The Indian Dance Society of Gargi College -NAZAAKAT, truly justifies its name. As the name itself suggests, the team portrays elegance, beauty, politeness and grace. We, at Nazaakat, believe in celebrating dance with our body, mind and soul. From celebration to revolution, it is undeniable for our team to claim that we dance with our hearts and souls, rather than just with our feet. Each one of the members have put their heart and soul to build the society through the years, stumbling and floundering through mistakes and blunders and bring the society into a level which not only Delhi University recognizes and appreciates but also various other universities.

Nazaakat has managed to bag a position for itself in Delhi University's top 5 Indian Dance societies by DU Beat.

Nazaakat has succeeded in bringing laurels to Gargi college over the years with its distinctive and unique production. We challenge ourselves each year to try a new form and excel in it, be it Haryanvi (Haryana), Badhai (Madhya Pradesh), Bihu (Assam) or Raunpa-Jhumur (West Bengal).

This year Nazaakat has presented Raunpa and Jhumur, the tribal folk dance of West Bengal. This form though less known, is performed by Santhali women. The dance is well known for its fervor and beauty and is performed on happy occasions. As always, the society has achieved many positions and succeeded in winning first position at Kamala Nehru College, Daulat Ram College, Deshbandhu, Zakir Hussain, SGTB College, second position at PGDAV, Maitreyi, Hansraj college and third position in Hindu college. We have also participated in the first ever international dance mela by Lalit Kala Academi, Youth Festival; National level competitions held at IIT Kanpur, AIIMS and other inter college functions.

With extreme exhilaration and enthusiasm, we look forward to another year of colorful achievements and joyous learning experiences. Nazaakat is all set for yet another roller coaster ride to bring many more accolades in the name of Gargi College.