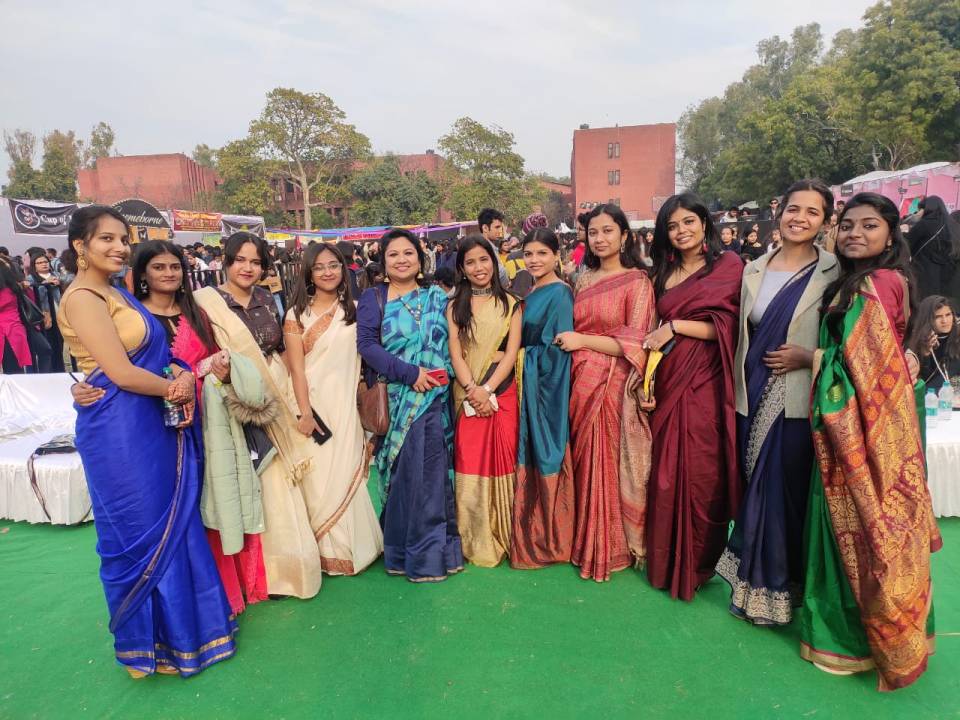 With a year full of victories and smiling faces adorning trophies, Samranjini-The Indian Music of Gargi College has come a long way. It stands high headed at being referred to as the strongest team in Delhi University.

Though it started off weak, but gradually emerged to be the strongest competitor by the end of the festival season of 2013. It won the Ist positions at Hindu College, Miranda College, Sri Guru Gobind Singh College of Commerce, Gargi College and Kalindi College and IInd position at Indraprastha College for Women, St. Stephens College, etc. With an annual composition comprising of an amalgamation of the most difficult ragas such as Puriyadhanashri and Shuddh Basant, Samranjini has started the year 2014 on a very positive note by taking the trophies home from notable competitions held at Lady Sri Ram College, PGDAV College as well as IIT Kanpur.

Samranjini has set the shelf to be adorned with more accolades.